Steve and I had a free day with no scheduled tours, so I had a quick breakfast of strawberries and apple before we hailed a taxi to take us near the Fontana di Trevi.

We stopped in one of the shops and the Brittish sales lady, Bridget, told us we should go back to the fountain and throw in three coins and make a wish. She gave us three coins because she said it is luckiet if someone gives you the coins. She told us that when she was 18 and traveled to Rome the first time, she spotted a handsome young man and wished she could marry him. And her wish came true and they have been married for many years, she gleefully reported. She warned us to hold the coins in our right hand and throw them over our left shoulder or the reverse means you wished for a divorce. Armed with this new information and the coins, Steve and I returned to the foundation to make our wishes.

We continued to the Pantheon, which is free on Sundays. 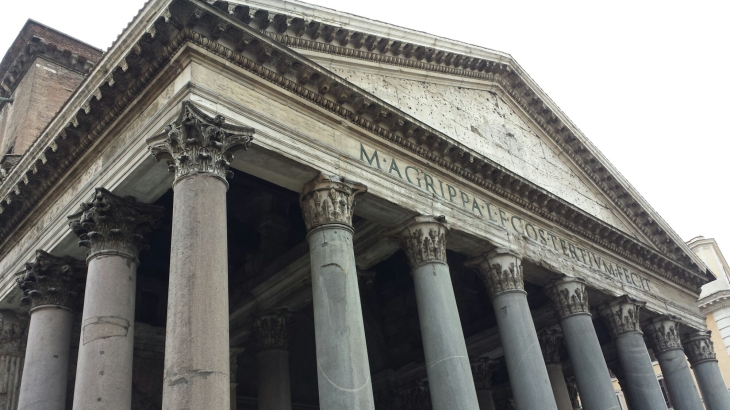 I marveled at the beautiful ceiling.

The building inside was breathtaking.

Next we wandered until we happened upon a rather unimpressive looking church compared to the others, but we followed a student tour group in and found the interior incredibly ornate. 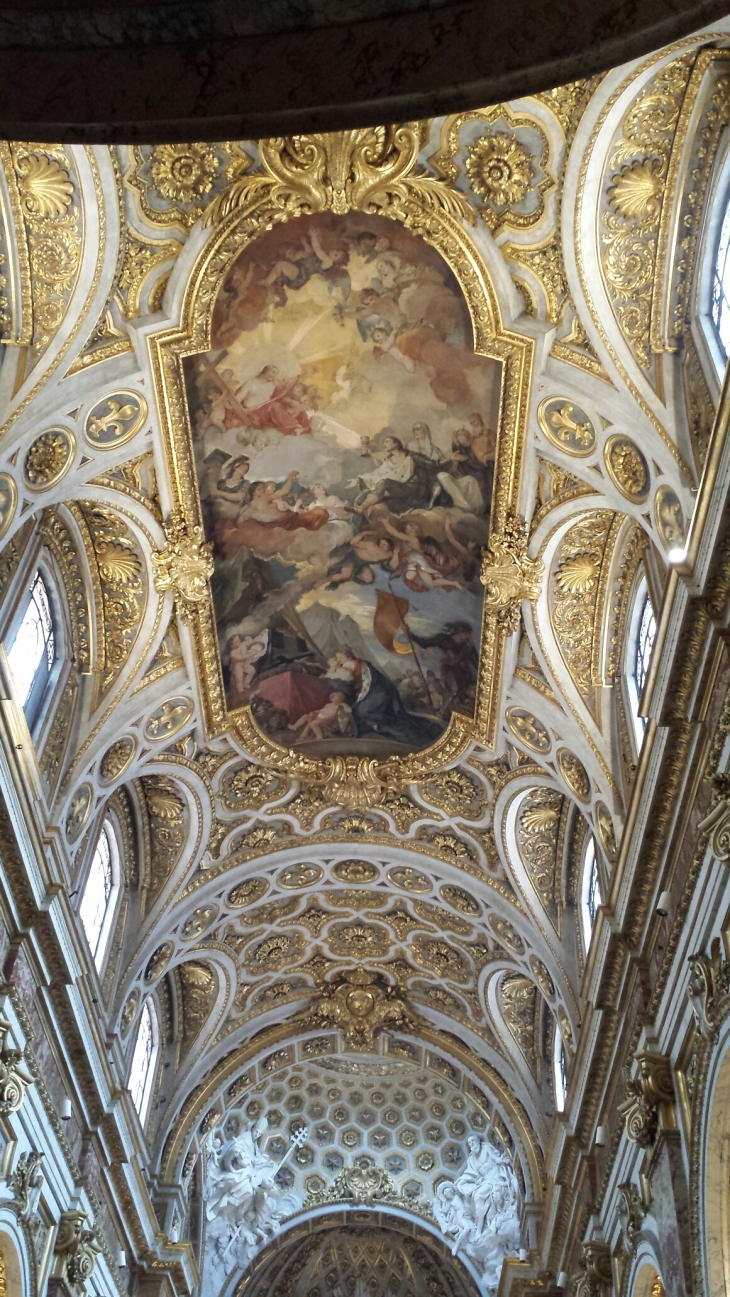 A few of the paintings required a deposit of euros to illuminate them.

We departed and had lunch at a place that had a wooden oven. I ordered eggplant parmesan.

There was live music in some of the squares, which was an interesting contrast to the fountain below, which depicts a battle with an octopus. 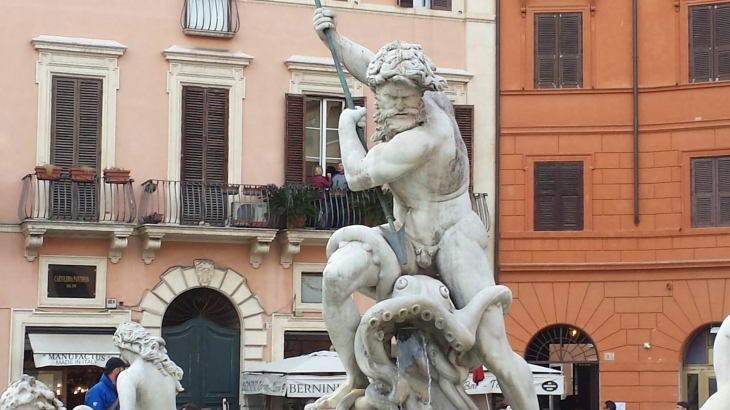 Steve paused in front of the walls of Rome before we got a taxi back.

I have seemed to have caught a mild version of Steve’s cold so we headed back in time for the Cosmos Splendors of Italy land tour check in to meet our tour director for the coming week. Her name is Ursula after the actress in the James Bond movie. Steve and I will need to get up at 6am tomorrow so we turned in early.