The last time I was out of the country, I was about nine when my family went to Vancouver. I didn’t have to make any decisions and my parents handled all of the travel plans. My boyfriend Mick’s good friends are getting married in Costa Rica, which presented the perfect opportunity for a vacation. Mick’s friends have been studying abroad as part of USAC, UNR’s study abroad consortium. They will graduate and then get married, so we have much to celebrate!

The tickets to Costa Rica were surprisingly affordable, and my tax refund covered the cost of mine, so why not go?

Our flight out of San Francisco was smooth, and although I couldn’t sleep on the plane, we had complimentary TV shows of our choice,  so I watched several episodes of The Big Bang Theory, which made the time go by quickly.

Before we knew it, we were arriving in San Jose, the capital of Costa Rica. We exchanged our money and a taxi driver took us to our hotel. We were too early for check in, so we walked around in search for a good place to get lunch.

The first thing that surprised me was how Americanized everything was.  Sure, the store signs were in Spanish, but the restaurant had hamburgers and hot wings on the menu. I ordered nachos and Mick received two less tacos than he ordered, even though he specifically mentioned four.

After lunch we checked in and were able to freshen up before dinner at the hotel. We were sipping sangria by evening. The perfect end to our first day in Costa Rica! 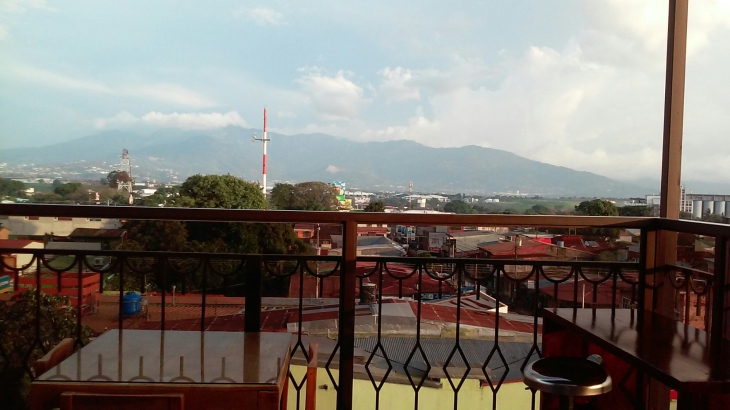 By Gina Decker in Travel on May 20, 2014.
← Get your FREE Book Marketing Challenge Pass to Read my Guest Article! Tambor →
%d bloggers like this: